Love in the Time of Fentanyl - 2 Screening Opportunities! 1/24 at Cumberland County Playhouse & 2/2 at TTU

Join WCTE for a preview screening of Love in the Time of Fentanyl, followed by a panel discussion and Q & A moderated by Dr. Cephas Ablakwa.

Our special guest panelists for these screenings will be Suzanne Angel and Justin Cantrell, Regional Overdose Prevention Specialists for TN Dept. of Mental Health and Substance Abuse Services.

As deaths in Vancouver, Canada reach an all-time high, the Overdose Prevention Society opens its doors—a renegade supervised drug consumption site that employs active and former drug users. Its staff and volunteers do whatever it takes to save lives and give hope to a marginalized community in this intimate documentary that looks beyond the stigma of people who use fentanyl and other drugs.

The film will premiere February 13th on WCTE.

Register for 2/2 Screening at TTU

Trailer | Love in the Time of Fentanyl

Join WCTE on Tuesday, November 1st at 6:00 p.m. central for a preview screening of Move Me followed by a panel discussion and Q & A moderated by Dr. Cephas Ablakwa.

At 27, Kelsey Peterson dove into Lake Superior as a dancer and emerged paralyzed. But within the spinal cord injury (SCI) community, she found allies in her quest to discover who she is now and to dance with disability. When a cutting-edge trial surfaces, it tests her expectations of a possible cure. She finds herself both scared it might not work—and scared that it might.

Join WCTE on Tuesday, April 26th at 6:00 p.m. central for a preview screening of Try Harder followed by a panel discussion and Q & A moderated by Dr. Cephas Ablakwa.

At Lowell High School, San Francisco’s academic pressure cooker, the kids are stressed out. With a majority Asian American student body, high-achieving seniors share their dreams and anxieties about getting into a top university. But is college worth the grind?

Join WCTE on Thursday, March 24th at 6:00 p.m. central for a preview screening of Writing with Fire followed by a panel discussion and Q & A moderated by Dr. Cephas Ablakwa.

In a male-dominated media landscape, the women journalists of India’s all-female Khabar Lahariya (“News Wave”) newspaper risk it all, including their own safety, to cover the country’s political, social, and local news from a women-powered perspective.

Writing with Fire tells the story of how they went from an underground network to an independent media empire—now with 10 million views on their YouTube site—defying the odds to redefine power.

Join WCTE on Tuesday, February 15th at 6:00 p.m. central for a preview screening of Apart followed by a panel discussion and Q & A moderated by Dr. Cephas Ablakwa.

Since the beginning of the War on Drugs, the number of women in U.S. prisons has grown drastically. The majority are mothers.

Apart tells the stories of three unforgettable formerly incarcerated mothers, jailed for drug-related charges, fight to overcome alienation—and a society that labels them "felons"—to readjust to life with their families.

Join WCTE on Tuesday, January 25th at 6:00 p.m. central for a preview screening of Missing in Brooks County followed by a panel discussion and Q & A moderated by Dr. Cephas Ablakwa. The event will take place at Big Tony's Pizza (866 E 10th St, Cookeville, TN 38501).

Eddie Canales runs the South Texas Human Rights Center, but the messages that strangers leave on Eddie’s phone speak to his unofficial role as a private detective. In a rural community where more migrants go missing than anywhere else in the United States, families of lost loved ones call for help. Omar and Michelle reach out for help finding Omar’s brother Homero Roman, a longtime but undocumented U.S. resident who was deported to Mexico after a traffic stop at age 27. Struggling to adjust in an unfamiliar country, Homero eventually tried to return to his home of two decades. He disappeared in Brooks County. Follow Eddie as he engages with border patrol agents to unlock the mysteries and confront the agonizing facts of life and death in a South Texas town many miles north of the border.

Thank you to those who joined us on November 9th for our screening and panel discussion.

A very special Thank You to our panelists:  Jay Albrecht- former community newspaper owner & publisher, Lindsay Pride- editor for the Herald-Citizen, and Jack McNeely- group publisher for Walls Newspapers. For those who missed it, you can watch the recording of the panel discussion here. Tune into WCTE PBS on November 15, 2021 at 10:00 p.m. to watch Storm Lake.

Does American democracy survive without the backbone of independent local journalism? Go inside The Storm Lake Times, a family-run newspaper serving an Iowa town that has seen its share of changes in the 40 years since Big Agriculture came to the area. Pulitzer-winning editor Art Cullen and his team dedicate themselves to keeping the paper alive as local journalism across the country dies out.

Online screening and panel discussion on May 11th at 6:00 PM CST. In 1975, Ted Ngoy, “The Donut King,” arrived in the United States, by way of Camp Pendleton, as a refugee escaping the Khmer Rouge in Cambodia. At the start of his new American life, Ngoy parlayed opportunity and hard work into the purchase of his first donut shop in Orange County, California. The success of the donut shop allowed for the opening of new locations, and the ability to extend a helping hand to fellow Cambodian refugees.

In 2017, Philadelphia had one of the highest incarceration rates of any major city in the United States. And it’s become the epicenter of a historic experiment that could shape the future of prosecution in America for decades to come. When civil rights attorney Larry Krasner mounted a long shot campaign to become District Attorney—and won—he pledged to end mass incarceration by changing the culture of the criminal justice system from within. With unprecedented access to Krasner’s office, Philly D.A. explores over the course of eight episodes the most pressing social issues of our time—police brutality, the opioid crisis, gun violence, and mass incarceration—through the lens of one man attempting fundamental overhaul from within the system.

Indie Lens Pop-Up, presented by ITVS, Independent Lens, and WCTE- Central TN PBS present a virtual screening of Coded Bias, a troubling investigation into the algorithms that shape our lives. Join award-winning filmmaker Shalini Kantayya as she embarks on an investigation that uncovers widespread bias in the algorithms that shape the technology powering our lives. While conducting research on facial recognition technology at the M.I.T. Media Lab, computer scientist Joy Buolamwini made the startling discovery that the algorithm could not detect dark-skinned faces or women with accuracy. This troubling realization prompted Buolamwini to start the Algorithmic Justice League, a group of pioneering women who uncover the underlying biases in the technology that threaten our democracy.

In 1968, America’s first Black variety show, “SOUL!,” helmed by producer and host Ellis Haizlip, premiered on public television. The pioneering series ran for five years, cementing itself as not only a vehicle to celebrate African American artistry, community, and culture but also as a platform for political expression and a powerful force in the fight for social justice. Mr. SOUL! portrays in exquisite detail a revolutionary time in American culture and entertainment through vibrant archival footage and interviews with numerous Black luminaries who appeared on “SOUL!,” or were impacted by it.

While chronicling the journey of “SOUL!,” Mr. SOUL! recounts the life and contributions of the late Haizlip, who was steeped in the New York City arts community prior to creating the show. Ellis quickly stepped into the role of host of his creation, where his earnest demeanor, low-key interviewing style, and his passion for the Black artistic community and their works—including books, the spoken word, music, film, and dance—culminated in a show that depicted the Black experience in a bold and unapologetic way.

They couldn’t kill their bosses, so they did the next best thing—they organized.

9to5: The Story of a Movement captures the real-life fight that inspired a hit and changed the American workplace forever. What might we learn from the 9to5 movement? How can it inspire workers today?

Join audiences nationwide on Wednesday, January 27, 2021 for a virtual Indie Lens Pop-Up screening of9to5: The Story of a Movement featuring opening remarks by director Julia Reichert and secretary-treasurer of the AFL-CIO, Elizabeth H. Shuler, and a post-screening panel with Karen Nussbaum, founding director of 9to5, District 925, SEIU, and Working America; Valarie Long, International Executive Vice President of SEIU; and a worker leader from Fight for $15.

9to5: The Story of a Movement | Independent Lens | PBS 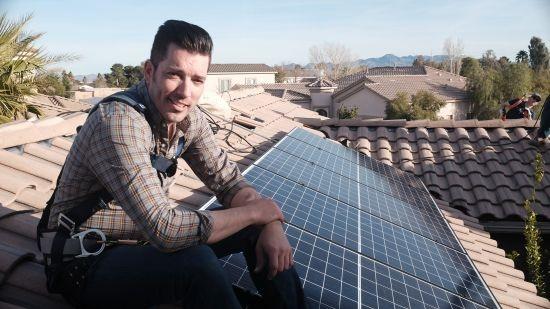 Solar energy evangelist and “Property Brother” Jonathan Scott journeys all across the U.S. to uncover why clean, renewable energy isn’t available to all. While traveling to learn both the obstacles and opportunities for achieving energy freedom, Jonathan talks with conservatives fighting for solar freedom; sits down with farmers struggling to make ends meet; engages coal workers desperate for a new, healthy means of making an income; the Navajo Nation who built a utility-scale solar plant; religious leaders who made a desperate attempt to help meet their community’s energy needs; and politicians at the forefront of the battle for energy freedom.

Won't You Be My Neighbor? 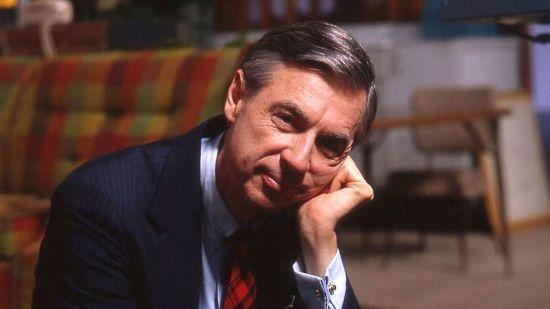 He gave us the most precious gift of all: the courage to be kind.

For over thirty years, American children grew up watching Mister Rogers’ Neighborhood on PBS. Mister Rogers offered a calm and stable presence, tackling life's weightiest issues in a simple, direct way. Won't You Be My Neighbor? reflects on Fred Rogers’ legacy of kindness, and the profound and lasting effect his innovative approach to television had on millions of children. 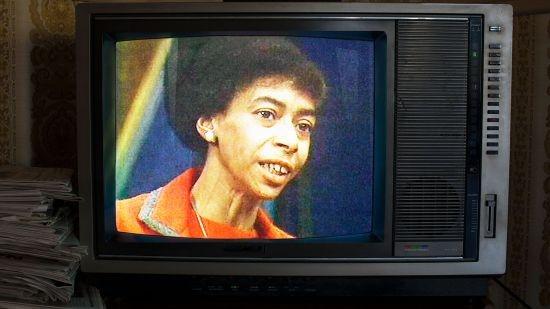 A fiercely intelligent, radical activist who became a fabulously wealthy recluse in her later years, Marion Stokes was dedicated to furthering and protecting the truth — so much so that she recorded American television 24 hours a day for over 30 years. Recorder: The Marion Stokes Project peels back the curtain on her life, through a mix of Stokes’ own archive of recordings and interviews with those who knew her best. 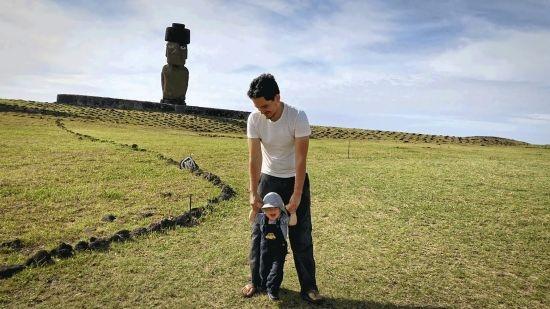 More than just a picture-perfect postcard of iconic stone statues, Rapa Nui, also known as Easter Island, is a microcosm of a planet in flux. Directed by native Rapa Nui filmmaker Sergio Mata’u Rapu, Eating Up Easter explores the challenges his people are facing, and the intergenerational fight to preserve their culture and a beloved environment against a backdrop of a modernizing society and a booming tourism trade. 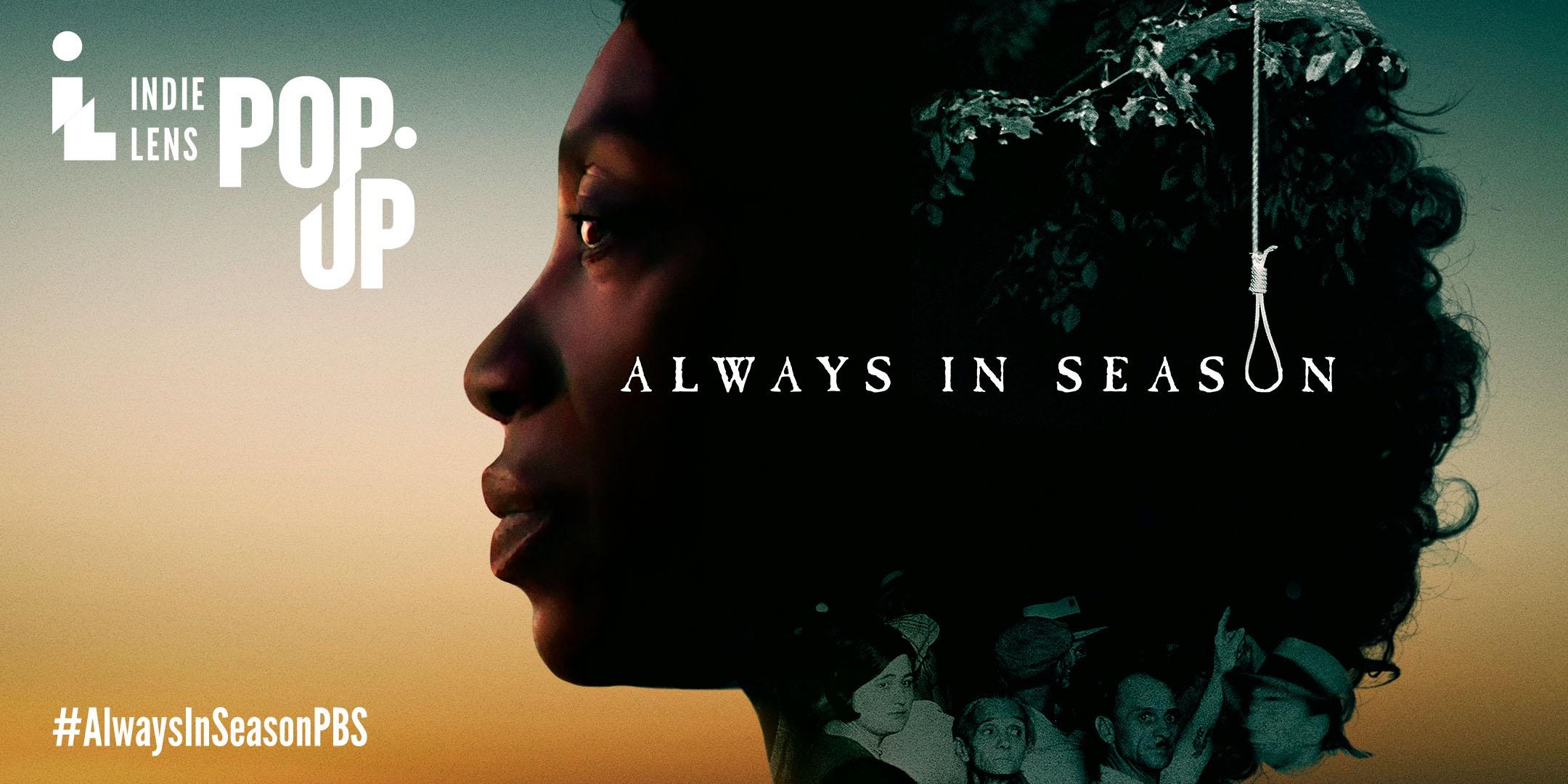 In Always in Season, descendants of the victims and perpetrators of lynching are working together to heal a violent history. Blending observational footage with first-person testimonies and expert input, the film examines the lingering impact of lynching and the link between this historic form of racial terrorism and the racial violence that exists today. 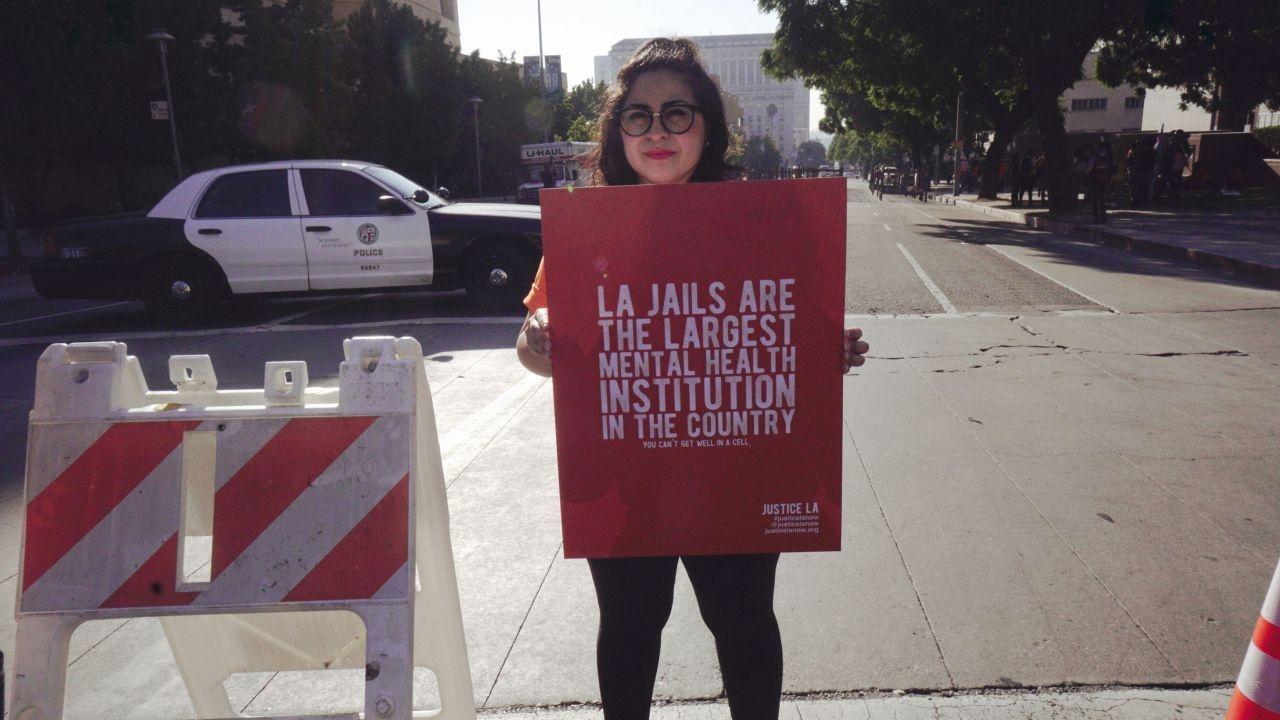 Haunted by the death of a mentally ill sister, filmmaker and psychiatrist, Ken Rosenberg visits ERs, jails, and homeless camps to examine our national mental health crisis. Rosenberg follows the poignant stories of people grappling with schizophrenia, bipolar disorder, and other chronic psychiatric conditions, whose silence and shame often worsen the suffering. In 1969, the Chicago Black Panther Party began to form a multi-ethnic coalition with the Young Lords Organization and the Young Patriots. Banding together in one of the most segregated cities in post-war America, the Rainbow Coalition changed the face of 1960's Chicago politics and created an organizing model for future activists and politicians.